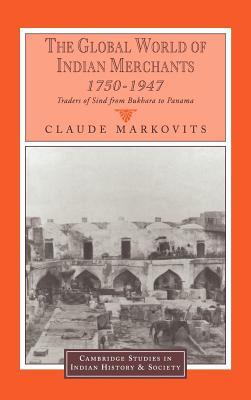 Claude Markovits tells the story of two groups of Hindu merchants from the towns of Shikarpur and Hyderabad in the province of Sind. Basing his account on previously neglected archival sources, the author charts the development of these communities, from the pre-colonial period through colonial conquest and up to independence, describing how they came to control trading networks throughout the world.

While the book focuses on the trade of goods, money and information from Sind to the widely dispersed locations of Kobe, Panama, Bukhara and Cairo, it also throws light on the nature of trading diasporas from South Asia in their interaction with the global economy. This is a sophisticated and accessible book, written by one of the most distinguished economic historians in the field.

It will appeal to scholars of South Asia, as well as to colonial historians and to students of religion.

Comments
Comments for "Global World of Indian Merchants, 1750-1947: Traders of Sind from Bukhara to Panama":