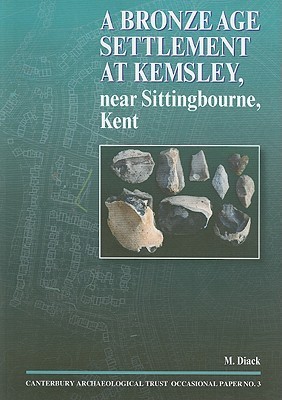 Archaeological features noted on site date from the Middle Bronze Age onwards. Three Middle Bronze Age phases of activity were identified. The earliest phase consisted of a single narrow ditch located in the north-western part of the site, thought to represent the establishment of an agricultural field system. This was followed by an elaboration of the same field system with a further field system established to the west as well as a scatter of pits and post-holes throughout the site thought to be related to the field system. Settlement on the site was suggested by two possible round-houses and by a fire pit or oven.

The final phase of Middle Bronze Age activity consisted of a roughly square enclosure that truncated both the later field system and the original narrow ditch. Activity continued on the site through to the Late Bronze Age with two phases of activity noted. The earlier phase consisted of further ditches representing agricultural field systems in the western and eastern parts of the site, as well as scattered pits and post-holes.

A large number of features remained unphased and undated, though many of these were probably also of a Bronze Age date and related to both the agricultural and settlement activity noted elsewhere.

Comments
Comments for "A Bronze Age Settlement at Kemsley, Near Sittingbourne, Kent":